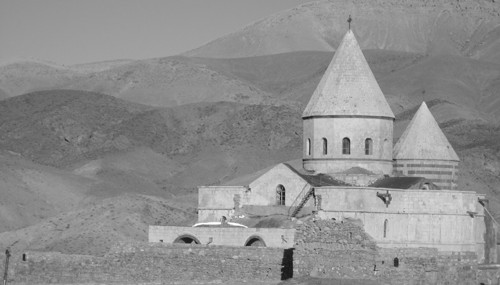 Never ending journeys along corrugated roads on battered, rusted buses, with broken seats, broken windows and broken suspension. While this might have been the reality in Pakistan, since then it has been pretty plain sailing. So far, we have been to 5 countries, with just Jordan and Egypt to go.

1 truck, 1 ferry, 2 trains and 30-odd taxis and buses have taken us about 12,000kms from Lahore to Istanbul and now south towards the Red Sea and Egpyt. Total time in transit: 205 hours.We have visited some amazing sights, walked 30 minutes across a frozen border in minus 15 degree temperatures, and sweated in the stands of Multan’s Cricket Stadium. By and large the people have been great to us, helping us out whenever they could. The trip hasn’t been without hitches. The biggest no doubt was having to grab our gear and run as fire bellowed out of the dunnies of our hotel! No harm done, just a bit of extra washing to do.

Rather than explain the beauty of these places, or the feeling of calm that comes across when you enter a mosque, I’ll give it to you in a format that is easy for the Wombats to understand: The Highlights.

WORST ROADS/BUSES: Pakistan. See above, then add an extra row of seats down the aisle, a broken air-con, a baby throwing up, and a driver that insists on playing his favourite tunes at 2am. 12, 14 hours of it.

BEST HOSPITALITY: Pakistan. Every where we went people wanted to buy us tea, say hello. In restaurants, owners would refuse to take money, as would bus conductors. At the cricket, we were given VIP treatment, including free lunches, drinks and our own personal security detail. Where else can you ge a free meal by being from the same country as David Boon?

BIGGEST WASTE OF MONEY: Lonely Planet Persian Phrase Book. Impossible to search, badly organised, and with useful phrases like “Can we have a high chair for the baby?” The way people looked at me when they read the choice phrases, it seemed the words were as out dated as saying,”my good man, launder my pantalons!”

BEST FOOD: Turkey, in a photo finish from Syria. Fresh vegetables, spicy meat dishes, stews, soups….variety and quality, 2 things we had been missing so much in Iran.

WORST CITY: Tehran. Think the Saikyo-line isn’t crowded enough? Then try the Tehran subway. Twice the number you’d get on a J-train! Expensive, bad food, bad hotels, a minimum of attractions and pollution, Tehran had it all.

BEST CITY: Istanbul. A huge choice of restaurants, a compact and colourful historic quarter, some of the worlds greatest religious buildings. The setting is second to none, a river seperating Europe from Asia, and hills coming down to the sea. Downside? Expensive.

MOST MOVING PLACE: Not Gallipoli. but the city of Bam, Iran. Almost completly destroyed by an earthquake 2 years ago which left 100,000 dead. The city is still in ruins, house after house, suburb after suburb gone. People living in houses which consisted of just one wall.