The Japan Cricket League (JCL) is Japan’s premier 40 over competition managed under the auspices of the Japan Cricket Association (JCA), which is affiliated with the International Cricket Council (ICC). This competition has existed in various forms since 1996 and was known as the Kanto Cricket League or the Kanto Cup, but with the assistance of the JCA, which was awarded associate member status of the ICC, the competition evolved into today’s two division competition. The Tokyo Wombats began playing in this league in 2004 in Division II and immediately secured the title to be promoted to Division I in 2005. For a couple of years, this league was also known as the J1C in order to differentiate it from the concurrent two day competition which mainly student teams participate in. Teams that have a first XI in Division I and a second XI in Division II are obviously not subject to relegation, therefore the Tokyo Wombats are only one of a few teams to have a first XI team only.

The Japan Cup is a Twenty20 competition that starts with regional competitions and concludes with the national finals. In the Kanto region, the teams are split into two conferences with two pools each. The Tokyo Wombats compete in one of the pools in the south conference for which most of the games are played at the Yokohama Country and Athletic Club. The winner of each conference then attends the national finals in the latter half of the year.

The Tokyo Ashes pits cricket’s oldest enemies, Australia (TWCC) and England (British Embassy) against each other in an annual 40-over match. The original Ashes were contested back in the 80’s (or earlier) in the parks of Tokyo, but faded out. Revived in 2005 after several years of trying, the Ashes is a friendly match usually followed by a barbecue and many a cold beer. Sponsors of the Tokyo Wombats, Wyndham Estate wines, provide us with bottles of wine to be awarded to the best players on each team. 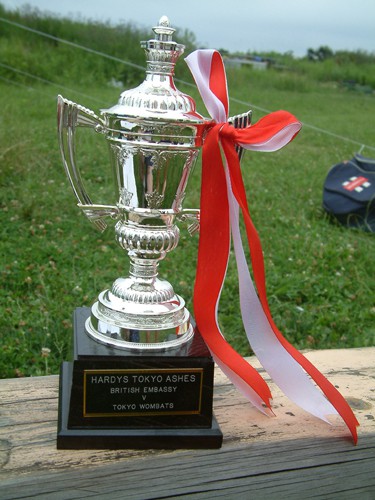 The Tokyo Wombats were invited to join the Pacific Cup in 2004. The Pacific Cup was originally a home and away series contested between the British Embassy CC, the Indian Engineers CC, and the Shizuoka Kytes. Because of busy schedules, the organisers changed the format to a four team knock-out with a winner’s and a loser’s final. That is, you play one game, then play a final. Unfortunately, the Shizuoka Kytes, the main organising team of this competition, has been inactive over the last few years, so this competition has not been played for some time.

Commencing in 2006, the Tokyo Wombats made arrangements with the Kobe Regatta & Athletic Club (KRAC) to play two weekend matches in the port city against the KRAC cricket team. This two match series was labelled the “Kobe Challenge” and played on the KRAC’s grassless and hard (but super fast outfield) ground in front of their clubhouse. Naturally, the Wombats were keen to make it a full-on weekend get-away – so the Kobe Challenge usually started with a rowdy trip down from Tokyo on the bullet train, before a night out on the town in Osaka. Matches are played on Saturday arvo/night (yes, they have floodlights!) and Sunday, while another night out is usually enjoyed Saturday at some venue in Kobe. The KRAC have always been very accommodating by allowing the Wombats to crash in one of their spare meeting rooms. Unfortunately due to dwindling membership at the KRAC, the Kobe Challenge has not been played since 2008. 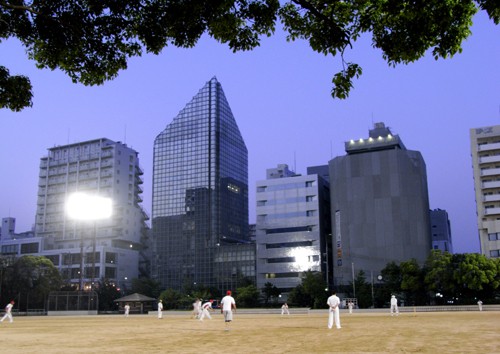 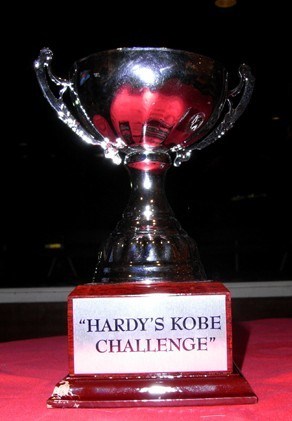 The Japan Gold Cup was run by the Kanto Cricket Association in the early 2000s. The competition was founded by Mr Sheikh Nisar Ahmed as an alternative to the Kanto Cricket League and was largely made up of foreigners living in Japan. The JGC was played predominantly at Edogawa Cricket Ground, also known as the Koiwa ground, the existence of which was due to the hard work and dedication of Sheikh. The ground has some quirks to say the least and is in a very poor state now, but still convenient for those living in Tokyo. Contested as a traditional 40 over one day competition until 2004, the JGC switched to a Twenty20 format in 2005. The Tokyo Wombats began its life in the JGC in 2002, and were defeated in the semi-final by the eventual champions, the Indian Engineers. TWCC made the semi finals in each year of the competition, but failed to make the final. In 2006, TWCC decided not to contest the JGC in order to concentrate on 40-over cricket. 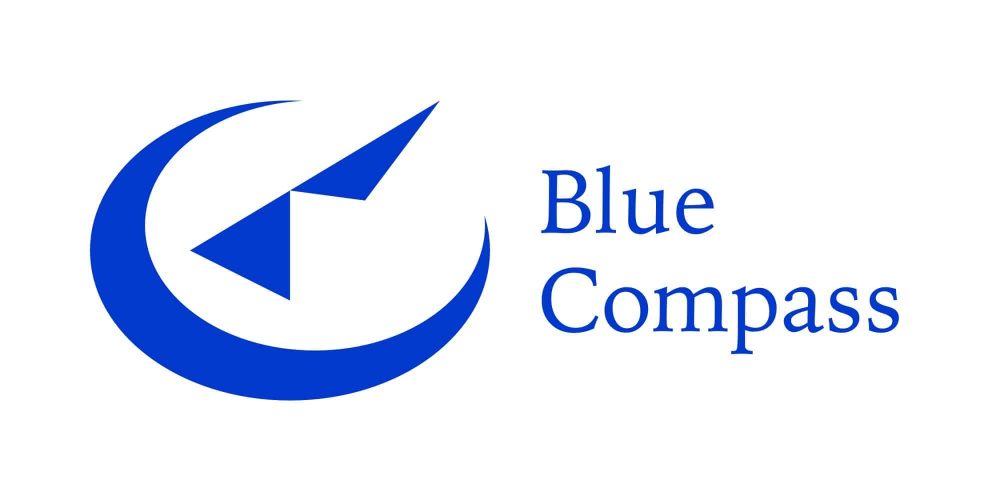